Brice Russ is a Communications Strategist for NASA, assisting with the agency’s flagship social and digital platforms, currently on contract with MORI Associates. 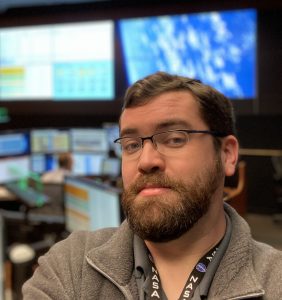 Brice was previously the contract Social Media Lead at NASA’s Marshall Space Flight Center; before joining NASA, Brice was the social media producer for the Science family of research journals, and earlier managed public relations, communications, and policy for organizations including the Linguistic Society of America, Wolfram Research, and Yuri’s Night. Brice is also an occasional freelance writer and social media consultant.

Brice received his M.A. in linguistics from The Ohio State University, where his research on Twitter dialect maps was featured in the New York Times, and his B.A. from the University of North Carolina at Chapel Hill.

When he’s not talking to people about space, Brice enjoys curling, trivia, and rooting for the Tar Heels.